What does it look like to come up with an idea in a group situation? It can be a risky endeavor. The process applies well in Sigma Nu chapters. Many different ideas for recruitment or service projects are frequently thrown around. The group’s response to proposed ideas – how much they are encouraged or discouraged – goes a long way in creating the culture of an organization.

This is the question Simon Sinek addresses in his new book Leaders Eat Last: Why Some Teams Pull Together and Others Don’t. The book’s central theme takes a look at how the most successful teams and leaders use ancient survival strategies to allow their members to feel “safe.” Sinek illustrates the safety created by leaders through comparison to ancient forms of tribalism. In Sinek’s account, tribes elected leaders to hunt for food and provide protection. The leaders of the tribe fulfilled their duty through keeping watch, warding off and defeating attackers, and eating last when meals were served. This safety created by leaders ensured the long-term survival and stability of the tribe.

In more modern times, Sinek shows that leaders can create a culture of safety by allowing team members to innovate, challenge ideas, and make mistakes without the fear of being shunned or removed should there be a negative outcome. Sinek argues that it is essential for successful leaders to create this culture in their own organizations. Failure to create a safe culture can result in the organization’s failure to adapt to new circumstances or create a fear of failure that cripples productivity of the team.

Sinek further illustrates the culture of safety in an analogy that he terms the Circle of Safety.

The first part of Sinek’s Circle of Safety, the outside, represents the threats that attempt to disrupt or damage an organization. In tribalism, this would have been attackers such as animals, other tribesmen, or natural disasters that threatened the people of the tribe. In the modern day, these threats can take many forms and could be the organization’s competition, the media, the stock market, or people that want to see the organization fail. Threats can vary over a period of time but they remain throughout the life of an organization and must be dealt with by its leaders. In fact, much of the job of an organization’s leaders centers on eliminating threats. 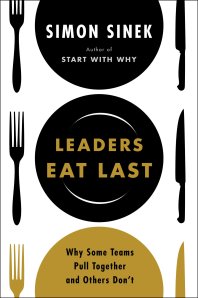 The barrier or reach of the circle is the most critical area of the model. The extent of the circle’s barrier is based on the choices and attitudes of the leaders who influence it. The barrier extends further if all of the organizations members, regardless of rank, are free to express their beliefs, share ideas, are encouraged to find new ways to innovate, and aren’t scolded for making mistakes. The barrier shrinks if members are nervous or scared of being removed from the organization by its leaders because they feel expendable, unwanted, or that they have no voice. While it is important that members of the organization feel protected, it is also equally important that leaders protect the integrity of the circle’s barrier.

Sinek’s ideas can be tied directly into the teamwork that goes into running Sigma Nu chapters but is also applicable to chapter leaders and the level of safety that they grant to chapter members. If chapter leaders don’t extend the Circle of Safety, it will inhibit the growth of the chapter and its members. Members will be afraid to pitch ideas, challenge decisions, or be outspoken if chapter leaders discourage creativity. Members may become apathetic if the culture discourages new ideas and sharply punishes failures from chapter members. But, chapter leaders who succeed in keeping their members safe should expect to have a robust culture in which members contribute new and helpful ideas.

The good news is that it’s not very difficult to extend the Circle of Safety. The candidate class is always a good place to start. Don’t be afraid to let the candidates know the struggles and difficulties the chapter is currently facing. Allow the candidate class to set goals for themselves and as a team for what impact they would like to make in the chapter.

Chapters can use All-Chapter LEAD sessions to facilitate conversations like goal setting, accountability, and strategic planning so that everyone’s ideas can be heard and welcomed. The Ritual is also an excellent tool to remind everyone in the chapter what Sigma Nu stands for. Sit down as a chapter once a month and go around the room asking everyone how they have upheld Sigma Nu’s values. These are just a few of many ways for a chapter to extend the reach of its Circle of Safety so that everyone knows they are making a difference and are valued.

Take a moment to reflect on your chapter. Could your chapter’s Circle of Safety be bigger?