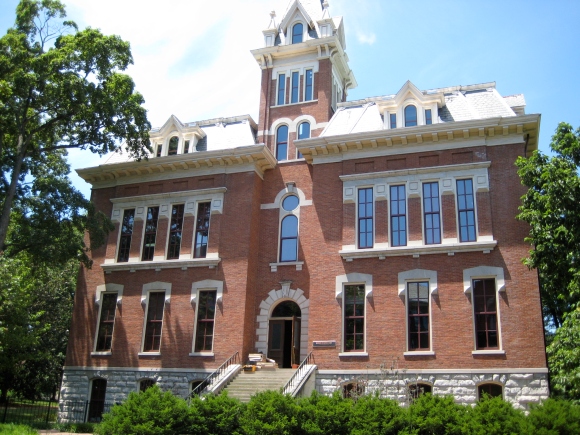 Keeping track of the trends, updates, and ideas in American higher education.

An article published by NPR in March attempts to explain the complicated history of America’s high college tuition. According to John Thelin, author of A History of American Higher Education it has a lot to do with World War II. In 1944, with the passing of the Serviceman’s Readjustment Act, (later known as the GI Bill of Rights) a huge number of veterans – eight million – enrolled in college.

The number of servicemen entering college far outstripped what the authors of the bill had anticipated but the results were seen as overwhelmingly positive by educators and policy makers. In addition to funding for veterans, the federal government established the Federal Perkins Loan program which allowed nonmilitary lower income students to attend college at an affordable price.

Along with the government’s involvement, colleges and universities expanded grants and financial aid to partner with the new national focus. Along with the Higher Education Act of 1965, the new programs and funding allowed a wave of students to arrive on campuses all across the country.

In the 1970s America’s post-war economy finally began to slow down. With rising inflation and an oil embargo, the federal government shifted from grants to loans as the primary method of helping students afford higher education.

Readers will recall The Delta’s coverage of the higher education bubble in 2012. In her article, “The Looming Bubble,” Kathryn Masterson traced the contemporary problems of student debt incurred by many of today’s college students. Now in excess of $1 trillion – higher than American’s credit card debt – student debt has become a major focus of the Obama administration.

Whatever the rising cost, many Americans see higher education as intrinsically valuable. As Baum concluded for NPR, “The reason people are paying for it is because the return to the investment is so high.”

Scott Samuelson, writing for The Atlantic, thinks so. Samuelson, who teaches philosophy at a community college has extensive experience teaching students Plato, Aristotle, and Kant among other classic thinkers.

Samuelson thinks this education should be available to all people, not just those who are accepted into elite, liberal arts colleges. “For the most part, the wealthy in this country continue to pay increasingly exorbitant tuition to private prep schools, good liberal arts colleges, and elite universities.” Samuelson is particularly concerned that a focus solely on “outcomes” when considering education eliminates all but a few of the students that would study the liberal arts.

While Samuelson is deeply skeptical of “bottom-line” thinking when it comes to education, it would not be wise to abandon practical realities when footing the bill. As Mark Kantrowitz told The Delta two years ago, “Unless students limit their debt burdens, choose fields of study that are in demand and successfully complete their degrees on time, they will find themselves in a worse financial position and unable to earn the projected income that justified taking out their loans in the first place.”

As Kantrowitz points out, students should be shrewd when deciding on a course of study. Student debt may make a humanities degree unfeasible, especially if that degree does not offer a promising career path. But if Samuelson has anything to say about it, the humanities should remain an option for students to pursue.

Perhaps rather than pursuing liberal arts fulltime during their undergraduate careers, students should balance humanities courses – philosophy, history, etc. with a more practical course load that would prepare students for future work.

Samuelson points out that Henry David Thoreau once wrote, “We seem to have forgotten that the expression ‘a liberal education’ originally meant among the Romans one worthy of free men.” If what Samuelson argues is correct, the future of the republic depends on students having access to this education.

End of the Lecture?

This was the question posed by The Washington Post in an article entitled “Colleges Looking Beyond the Lecture.” In the article, journalist Daniel de Vise reviews the criticism facing lectures in traditional classroom settings. The lecture has been proposed as a possible reason that majors included in science and math have experienced a high rate of drop out.

“We need to think about what happens when students have a bad experience with the course work,” said Maryland University President Freeman Hrabowski quoted in the article. For Hrabowski and other reformers, questioning the lecture is part of the search for an improved student experience that is driven towards understanding how students best learn in a classroom setting.

In this spring’s issue of The Delta, MOOCs (massive open online courses) were explored as a possible disrupter to traditional colleges and universities. The disruption caused by MOOCs may have particular impact on the in-person lecture and may replace it as the dominant means of learning in higher education.

However, potential reformers of the lecture would be advised to consider the words of Newcastle University evolutionary psychology Professor Bruce Charlton. “For lectures to work, to be effective, depends on the class being motivated to learn.”

E-Readers: A Stumbling Block to Understanding

This is the position that Naomi Baron a professor of linguistics poses in The Chronicle of Higher Education. As Baron argues, the shift from print to digital reading has reduced the pursuit of work in the humanities, her area of teaching. Explaining in more detail her primary argument, Baron argues that digital reading does not allow for so-called “deep reading” that print reading does. This deep reading can only come from a sustained and lengthy period with the assigned text; not by skimming or speed reading.

Baron is not without data behind her reasons. According to the author’s own surveys with university students in the U.S., Germany, and Japan, about 90 percent prefer print copies for class readings. If the assigned text is long, the parentage rises to 92. A similarly high percentage of students reported that they were less likely to multitask and be distracted while reading print.

All of these points support Baron’s argument that reading in print allows students to better concentrate and thus absorb the weightier subjects in many humanities texts. For Baron, deep reading is essential to students analyzing the materials and leads to fuller understanding.

Writing in response to Baron’s criticism of digital reading, Baylor University English Professor Alan Jacobs offers several critiques. Jacobs draws a distinction between reading on an e-reader such as a Kindle or Nook to reading with an internet connection. For Jacobs, the source of distraction arises not simply from digital reading but rather easy access to the internet. Jacobs notes that many e-readers do not necessarily connect to the internet and can have similar efficacy to print reading.

Jacobs also points out that Baron’s research was done with university students, who up to that point had likely done their academic reading in print. Jacobs thinks this may be a matter of familiarity rather than preference.

If Baron, is correct the student may benefit from finding a hard copy of their assigned reading materials, rather than using the digital copy. Of course, students may find that finding a distraction free environment would solve the underlying problem regardless of preferred reading method.