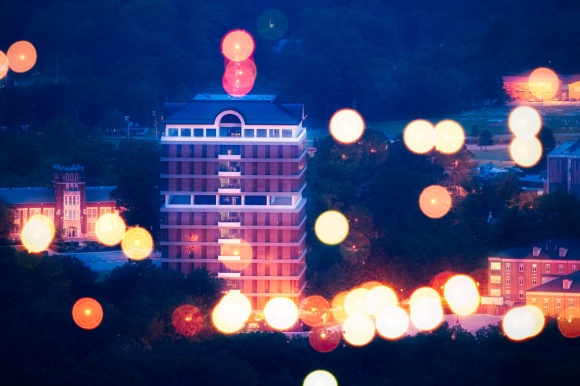 Jacksonville State University, where tonight a proclamation will be presented declaring January 1, 2015, as “Sigma Nu Day” in the state of Alabama. Photo by flickr user Jay Williams.

Jacksonville, Ala. – Alabama House Representative K.L. Brown will read a proclamation this evening recognizing the chapters of Sigma Nu Fraternity in the state of Alabama. The proclamation, signed by Governor Robert Bentley, will recognize the historic men’s fraternal organization as the only such group founded in direct opposition to hazing and rooted in the honor principle.

The proclamation will be presented during a ceremony at 7:00 p.m. CT this evening on the 11th floor of the Houston Cole Library on the Jacksonville State University campus.

The story behind the proclamation is a testament to the strong student leadership that has come to define Sigma Nu Fraternity. Kenneth Smith, a political science major and member of the Sigma Nu chapter at Jacksonville State, originally proposed the idea to Rep. Brown. “I wanted to do something different to celebrate Sigma Nu and our Founders’ Day for 2015,” Kenneth said. “With everything going on in higher education right now I know elected officials and other public servants like to hear from younger college students.”

“This proclamation reaffirms the ideals Sigma Nu stands for at the campuses where we have chapters and in the communities where our alumni live,” Kenneth continued. “To some this might seem like merely words on a paper. But I’m glad I get to live out these high ideals and hold this brotherhood close to my heart.”

The signed proclamation, included below, will be framed and displayed at the Sigma Nu Fraternity national headquarters office in Lexington, Va.

By the Governor of Alabama

WHEREAS, since its founding on January 1, 1869, at the Virginia Military Institute in Lexington, Virginia, the Sigma Nu Fraternity has been a pioneer in the fraternal world; and

WHEREAS, Sigma Nu currently has 172 active chapter and colonies on college campuses throughout the United States and Canada. Sigma Nu has initiated more than 230,000 members since its founding; and

WHEREAS, originally founded and known to this day as The Legion of Honor, Sigma Nu is the only social fraternity in existence founded in firm opposition to hazing and based on the principal of honor; and

WHEREAS, Sigma Nu is the first general college fraternity to offer risk reduction policies and a comprehensive membership education program, remaining committed to both their mission and vision for more than 140 years; and

WHEREAS, the mission of Sigma Nu is to develop ethical leaders inspired by the principles of love, honor and truth, to foster the personal growth of each man’s mind heart and character and to perpetuate lifelong friendships and commitment to the fraternity; and

WHEREAS, Sigma Nu’s organizational structures and internal operations provide for the effective deployment of resources to deliver an unmatched level of service to its constituents; and

WHEREAS, Sigma Nu is continually increasing its membership and capabilities as it creates and capitalizes on new markets and opportunities that support the fraternity’s mission; and

WHEREAS, Sigma Nu enhances the experience of its members and builds a sense of community in a way that generates a desire to invest time, talent and treasure in the development of both the organization and its future members which is recognized by all as a contribution to the greater good:

NOW, THEREFORE, I, Robert Bentley, Governor of Alabama, do hereby commend the Sigma Nu Fraternity upon its 146th Anniversary on January 1, 2015.

Given Under My Hand and the Great Seal of the Office of the Governor at the State Capitol in the City of Montgomery on the 20th day of November 2014. 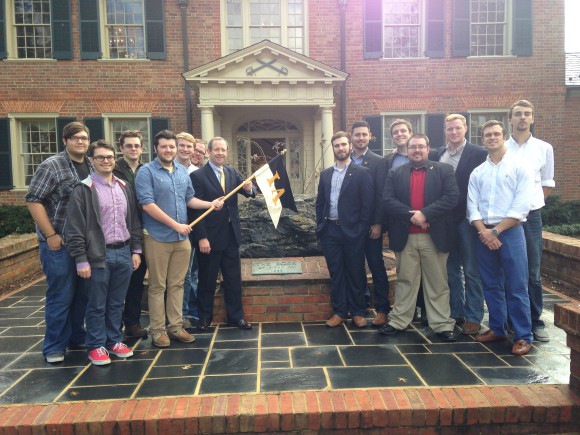 Brothers of Iota Lambda Chapter (Jacksonville State) during a visit to the Headquarters Shrine earlier this year.