History from The Delta 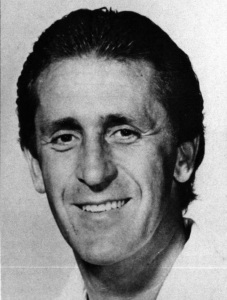 1989-90 proved to be a banner year for Sigma Nus in head coaching positions in professional sports. The National Football League Coach of the Year Award went to second-year Green Bay Packer coach, Lindy Infante (Florida), while Pat Riley (Kentucky), the head coach of the Los Angeles Lakers, captured the National Basketball Association Coach of the Year Award. Their achievements exemplify the leadership for which Sigma Nu is constantly striving; each man has reached the pinnacle of success in his respective sport — and in the same year! 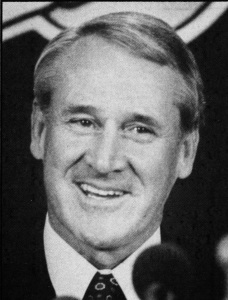 An encouraging trend among national fraternities generally is the steady increase in the number of new chapters and members. About 65,000 young men took the vows of a fraternity initiate during 1964-65, and of these 2,511 we claimed as Brothers in Sigma Nu. The year brought the total all-time membership, living and dead, of national college fraternities to more than 2,225,000.

A group of undergraduates, known as the Zeta Delta Fraternity, at the University of Idaho, has been granted a charter empowering it to organize a Chapter of the Sigma Nu Fraternity. The favorable vote of the Division was registered on May 26, 1914. The formal petition was promulgated on January 10, 1915, and the favorable vote was recorded on March 18, 1915.

The petition of this group was so strongly approved and the field of growth seemed so desirable that the Fraternity gave it an almost unanimous endorsement. The new group, to be known as Delta Omicron Chapter, enters the Brotherhood, therefore, under very promising and auspicious circumstances. We extend it a cordial welcome, confident that it will not disappoint its friends, but will grow into a secure place of helpful service among our sisterhood of strong and self-reliant Chapters. 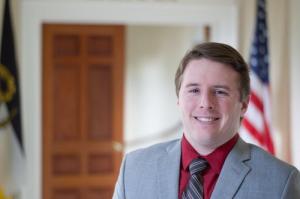 Veteran staff member Adam Bremmeyer (Washington State) departed the General Fraternity staff team in March after four years of dedicated service. During his tenure with the General Fraternity, Adam served as Director of Expansion and Recruitment where he worked to revitalize the fraternity’s colony petitioning process and played a central role recruiting future Knights for 14 different expansion projects, including two that went on to become Rock Chapters. Bremmeyer also served as an Expansion and Recruitment Consultant and Leadership Consultant.

Adam is now residing in central Washington with his wife and infant daughter where he works as a finance manager for a real estate company.

Sigma Nu Educational Foundation staff member Geoff Doran (Drury) began a new phase of his career journey in March after four years with the Educational Foundation. Doran joined the SNEF staff in January 2011, where he served as Director of Development and was vital in the success of the 1869 Club. Brother Doran is now pursuing entrepreneurship full-time.

Ben Nye (Arkansas) concluded his four-year tenure with the Headquarters Staff team in June. Brother Nye served as Associate Director of Communications where he edited and wrote for The Delta and managed the Fraternity’s social media accounts. Nye also served for six semesters as a Leadership Consultant. 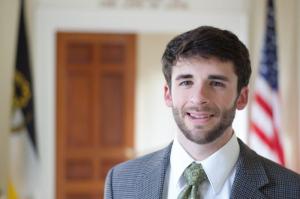 Ben is now enrolled at Washington and Lee University School of Law.

Leadership Consultant Matt Miller (Mount Union) has completed his two year tenure. While serving as a consultant, Miller worked with Sigma Nu chapters in the West Region, was a facilitator at College of Chapters, and was primary staff liaison to the Appeals and Grievances Committee at the 66th Grand Chapter in Nashville, Tenn. 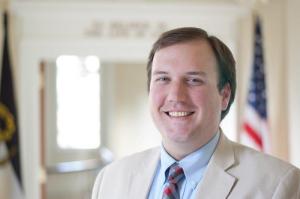 This June saw the arrival of four new Leadership Consultants who will begin their travels in August. Zach Eisenman, Raymond Fackler, Travis Galloway, and Shekhar Hazarika will continue as consultants for a second year.

Mark Gockowski (Kent State) graduated with a degree in broadcast journalism and served the Zeta Gamma Chapter as Commander, Recorder, Alumni Relations Chairman, and IFC delegate. He also was on the IFC executive committee and served on the Chapter Eternal Committee at the 66th Grand Chapter. 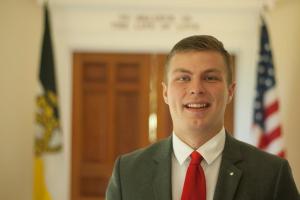 James House (UC Santa Barbara) graduated with a degree in political science and served the Kappa Eta Chapter as a three-term Commander. House also worked in the Greek affairs office and was a member of the Ritual Committee at the 66th Grand Chapter.

Evan Winebarger (Georgia Southern) graduated with a degree in therapeutic recreation and served as Commander and candidate class president of the Theta Kappa Chapter. Winebarger also served as an IFC liaison and has worked as a business productivity advisor for Microsoft and N3 Results.

In the early morning hours of February 27, the shed containing maintenance equipment and heating, cooling, and electrical services to the Headquarters Shrine caught fire. The fire, caused by an electrical wire malfunction, rendered the shed and all its contents completely unsalvageable. This left Headquarters without power, heating and cooling. Temporary systems were put in place to provide heat and electrical services, and currently work is being completed on a permanent structure to house new heating and cooling equipment. 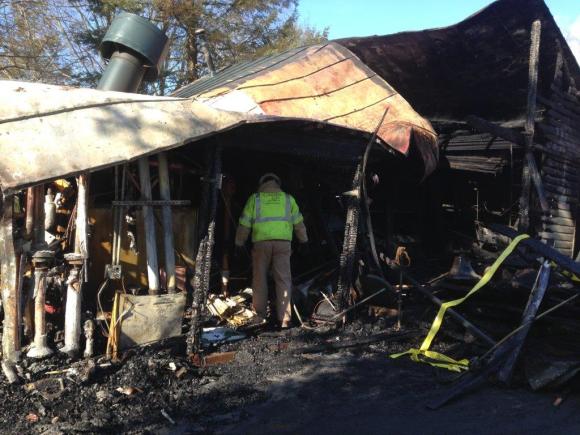